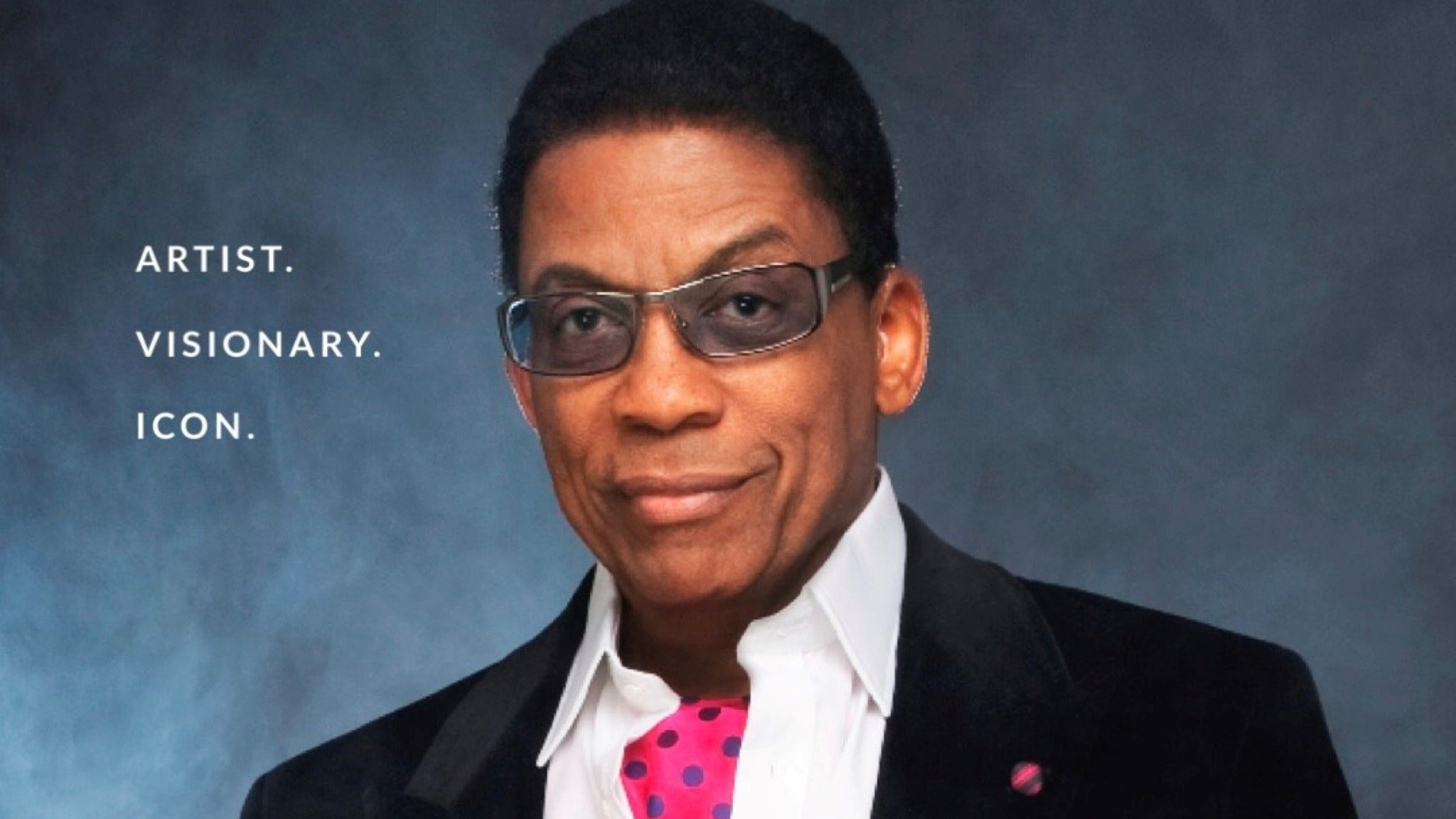 As the immortal MILES DAVIS said in his autobiography, “Herbie was the step after Bud Powell and Thelonious Monk, and I haven’t heard anybody yet who has come after him.” HERBIE HANCOCK will be joined by 5x-GRAMMY® Award-Winning Trumpeter TERENCE BLANCHARD, Acclaimed Jazz Guitarist LIONEL LOUEKE, Bassist James Genus and Drummer Justin Tyson.

14x-GRAMMY® Award-Winner & 34x-GRAMMY® Award Nominated Jazz Pianist & Composer HERBIE HANCOCK is an NEA Jazz Master, and a true icon of modern music. Throughout his explorations, he has transcended limitations & genres while maintaining his unmistakable voice. In addition to being recognized as a legendary pianist and composer, Herbie Hancock has been an integral part of every popular music movement since the 1960's. As a member of the Miles Davis Quintet that pioneered a groundbreaking sound in jazz, he also developed new approaches on his own recordings, followed by his work in the 70s -- with record-breaking albums such as "Headhunters" -- that combined electric jazz with funk and rock in an innovative style that continues to influence contemporary music. There are few artists in the music industry who have had more influence on acoustic and electronic jazz and R&B than Herbie Hancock. With an illustrious career spanning five decades he continues to amaze audiences around the globe.