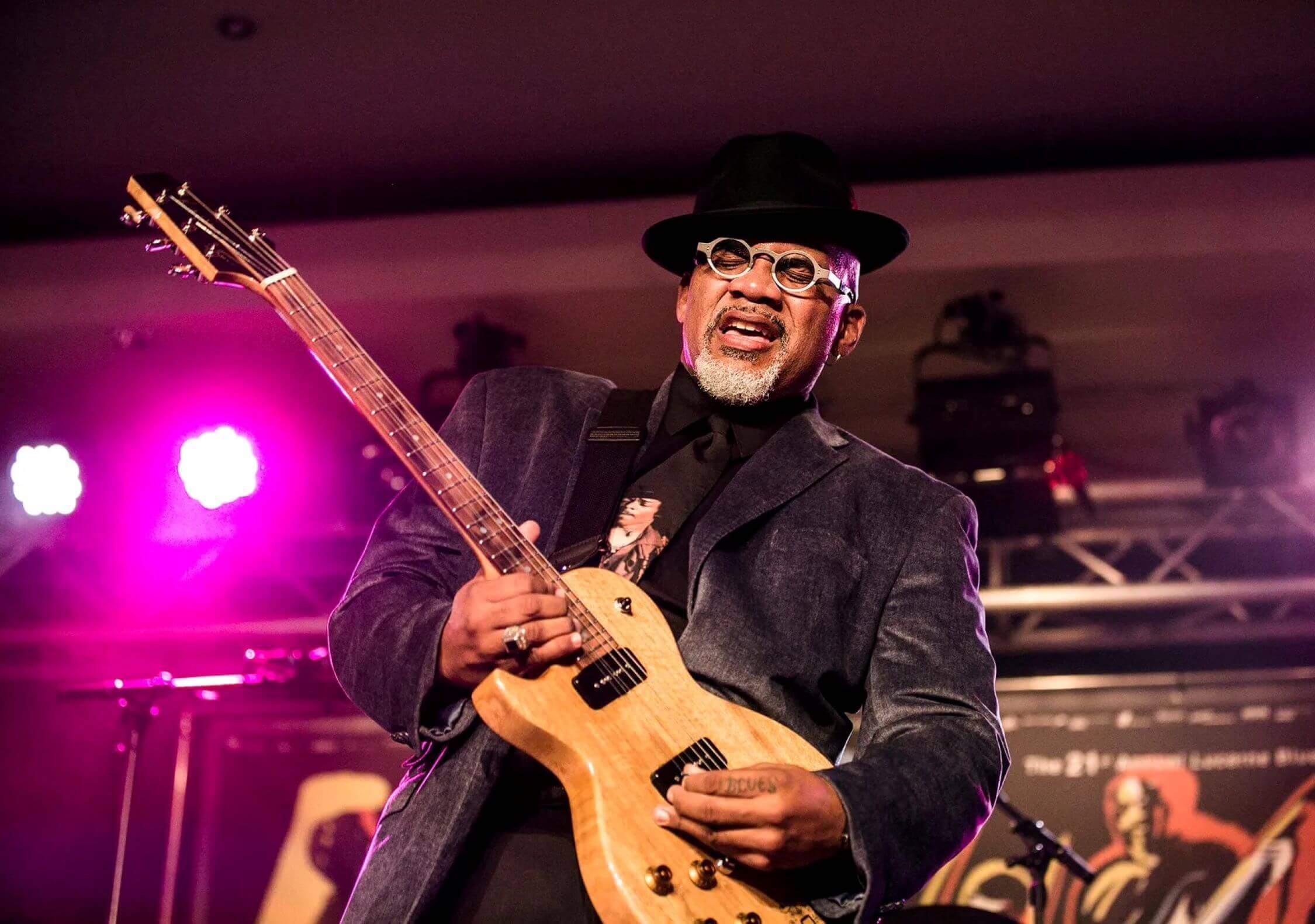 “He caught attention as a fiery guitarist, Hendrix accolade, forceful vocalist with a sharp contemporary outlook. His reputation through his Alligator debut, ‘The Chicago Way’, and now with this follow-up, cement him as one of today?s best blues songwriters and blues entertainers,” states ELMORE MAGAZINE (2019 Album Review ‘The Preacher, The Politician or The Pimp’). “Chicago?s Toronzo Cannon, a smoking hot guitarist, vocalist, songwriter…Cannon is one of the best songwriters working in roots music today…his guitar skills are as good or better than anyone out there,” raves ROCK AND BLUES MUSE.

10x-Blues Music Award Nominated Guitarist, Singer & Songwriter TORONZO CANNON defies all expectations. The blistering guitarist, soulful vocalist, singular songwriter and city bus-driver fuses muscular, rock-inspired blues guitar playing with his original, keenly detailed slice-of-life songs. Cannon has 4 Nominations for "Contemporary Blues Male Artist of the Year" (2017-2020) and 2 Nominations for "Blues Album of the Year" (2017 & 2020) at the Blues Music Awards. In 2016, with the release of the album "The Chicago Way", Cannon burst onto the international stage as one the most electrifying bluesmen to emerge from Chicago in decades. His live performances earning him heaps of critical praise and hordes of wildly enthusiastic fans. "His guitar playing has all the fire and spontaneity of the Chicago legends he carries..." raves BLUES MAGAZINE. Cannon's recent album 'The Preacher, The Politician Or The Pimp' was Nominated for the 2020 "Blues Album of the Year" at the Blues Music Awards.