Inspirational jazz and blues... paired with fine cuisine, libations and a lively scene … all in a century-old, spectacularly restored, state-of-the-art venue. 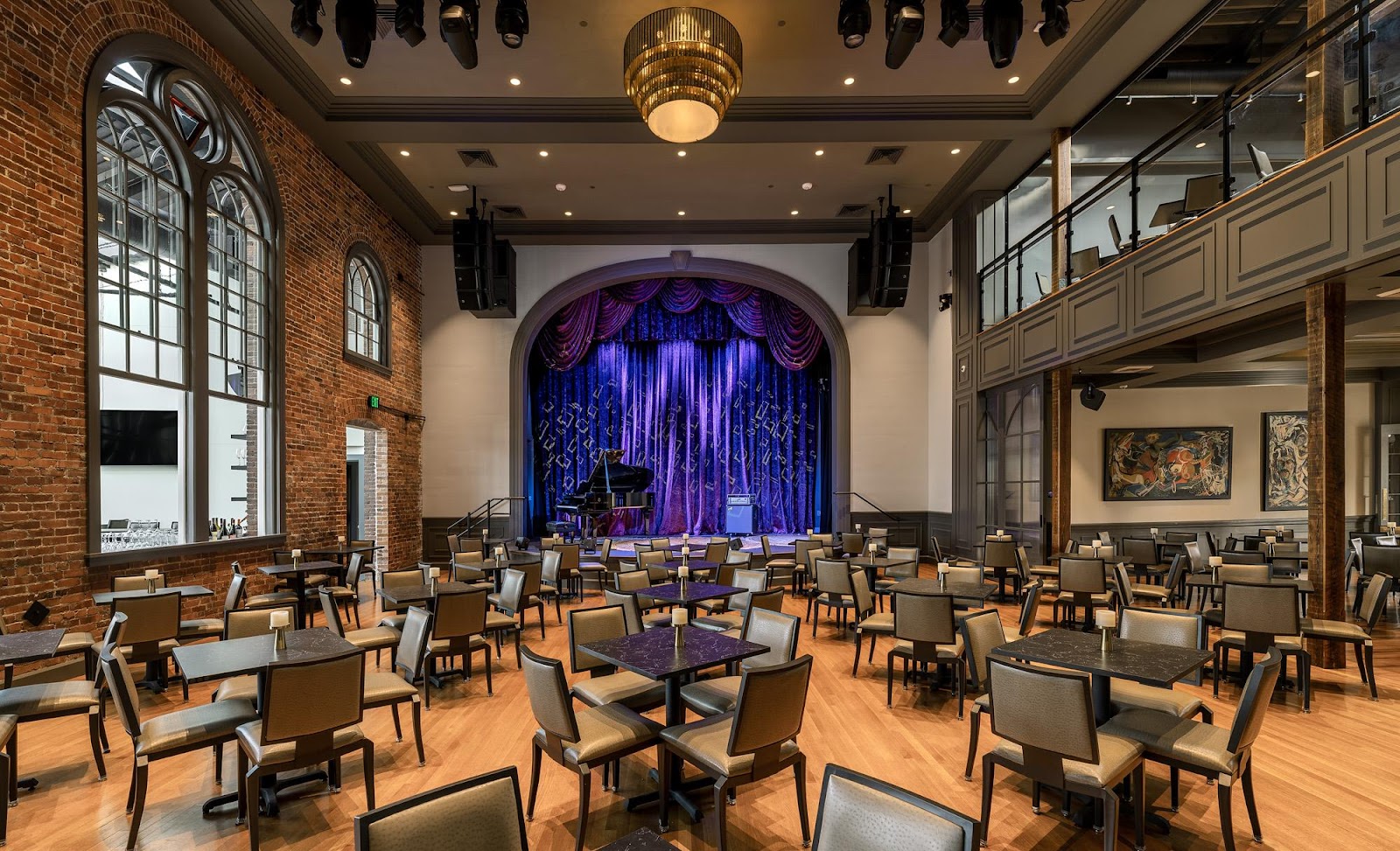 First and foremost, Jimmy’s is about the music — both for the gifted musicians who grace our stage and for the patrons who savor the thrill of being “in the room” with top-tier jazz and blues artists.

Meticulously engineered with superior acoustics, sound equipment and lighting, Jimmy’s Jazz & Blues Club is an intimate, state-of-the-art venue that nods to the classic jazz clubs of the past and forges new terrain with leading-edge recording and live-streaming capabilities. The goal is to give artists the musical freedom they deserve in a wholly original, multi-level “listening room” where all the conditions are in place for that special connection between artist and audience to truly come alive.

Located in the heart of Portsmouth, NH’s vibrant and historic Market Square district, Jimmy’s can accommodate up to 600 — formal seating fronts the stage and the club’s high-tech sound and video systems allow patrons to wander and socialize with clear sight lines throughout the venue’s unique spaces. 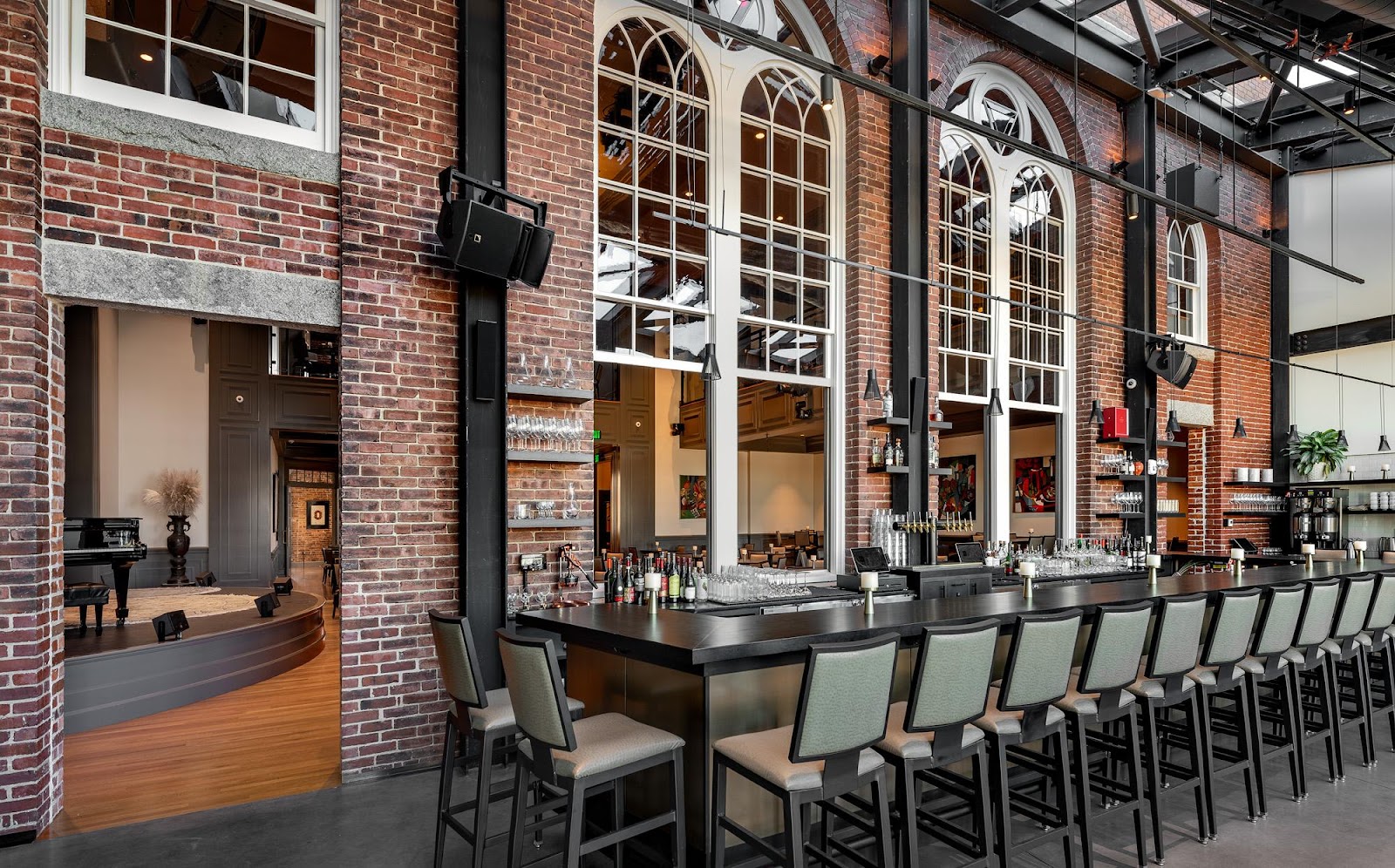 ‘A Gem in Need of Polishing … Returned to its Glory’

Jimmy’s is a passion project for local restaurateur/developer brothers Michael and Peter Labrie, who have invested heart and soul — and millions of dollars — to restore this sprawling landmark structure, built in 1905 to house the local YMCA. The wide-open, brick-and-beam interior includes original stained-glass features, two majestic bay windows hand-crafted from old photographs, plus a new, multi-floor glass and steel addition on the back.

An important touchstone for local civic life through times of war and peace, economic prosperity and decline, its history also includes serving as the longtime home of Goodman’s clothing store and Sake restaurant on the ground floor — but its upper floors had been silent since the mid-1950s. 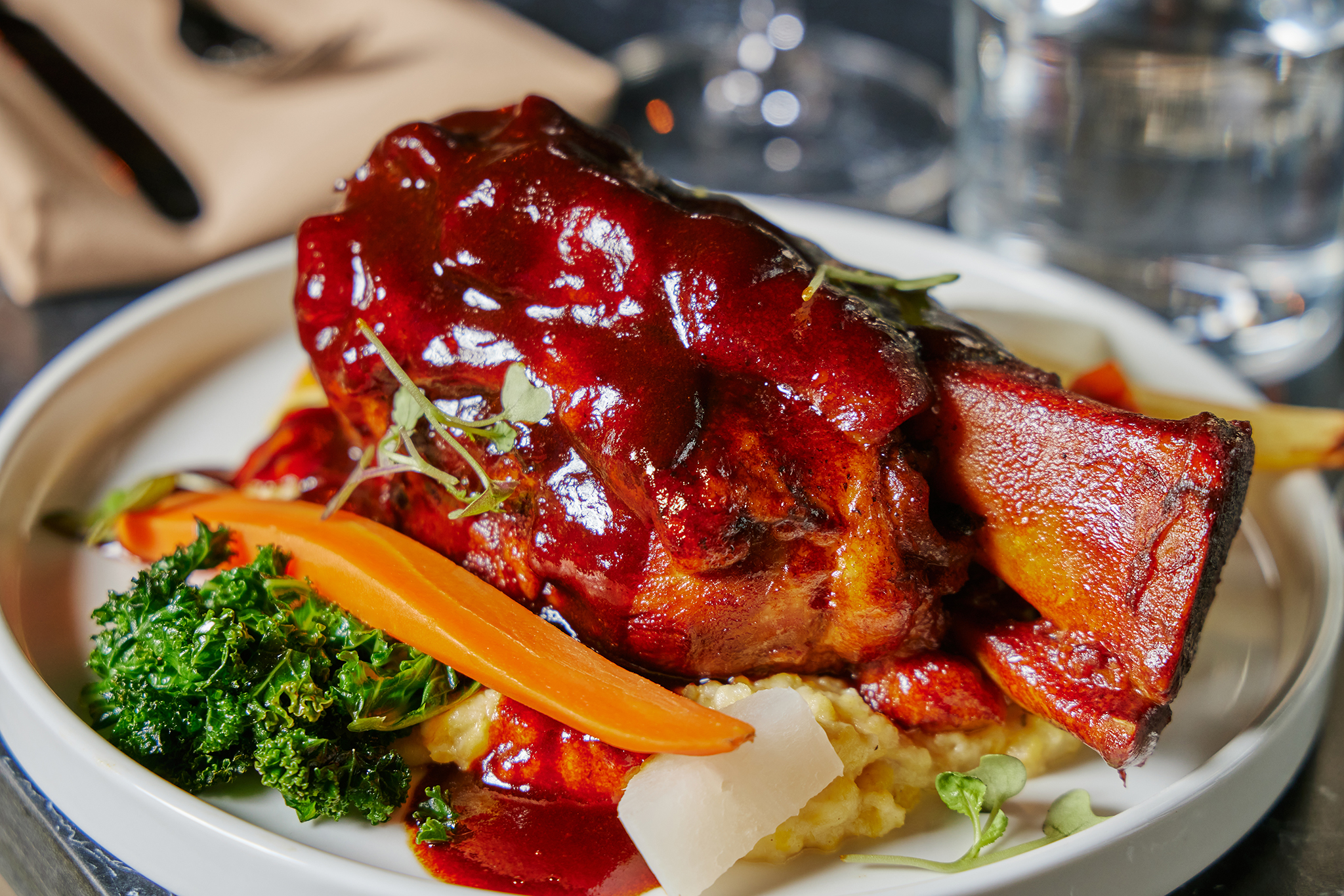 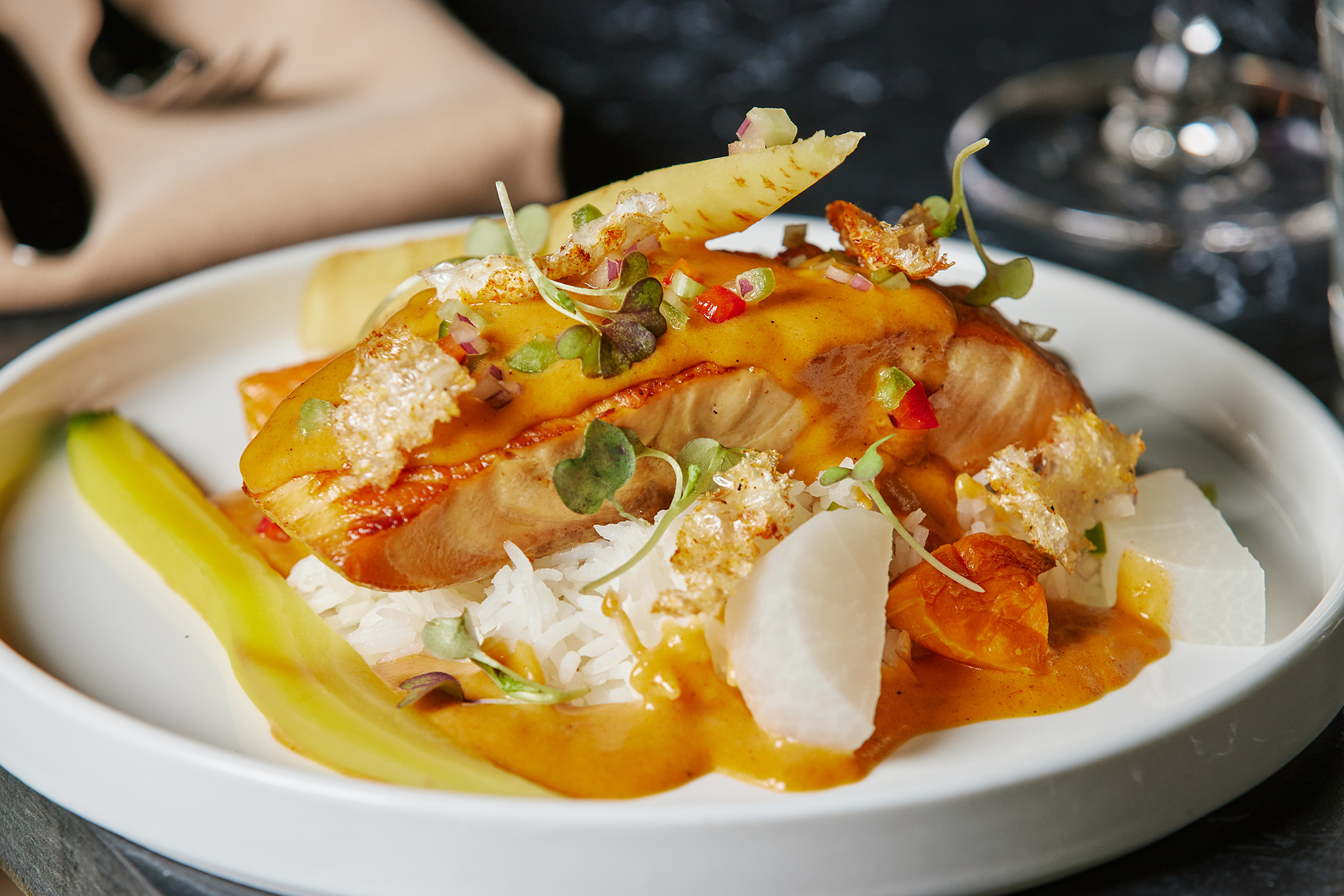 The brothers were awed by its potential when they first walked into the spacious, multi-level forum/venue space on those upper floors. “We saw a gem in need of polishing and a space to be returned to its glory,” says Michael. “No detail has been overlooked.”

A jazz lover with a background in theatrical lighting, tech and photography, Michael began picturing a dinner-theater experience inspired by Moulin Rouge-style cabaret. Over conversations with Peter, a huge fan of the blues, a shared vision emerged for an upscale, old-timey jazz and blues club paired with a signature fine dining experience.

The club is named for their father James Labrie, a local businessman and philanthropist who died in 2016; an upstairs VIP club area called Elle’s is named for their mother, Ellen. The bright, wide-open ground-floor space at 135 Congress will house the Museum of New Art Portsmouth, dedicated to showcasing the visual arts.

Motivated by a sense of stewardship for this landmark structure, the Labries challenged themselves to create an enterprise that brings to the stage top-tier national talent while also showcasing local artists and opening their doors for fund-raisers, forums and other local events.

“From the beginning, we have always wanted to make our stage and our room available to the community,” says Michael. For example, they are coordinating with Portsmouth Music & Arts Center (PMAC) to showcase local, up-and-coming talent.

The Labrie family is well-known locally for investing in both the cultural capital and the economic strength of the city they love, with ongoing support for The Music Hall, the Prescott Park Arts Festival and the Puddle Dock skating rink at historic Strawbery Banke and other local institutions.

The brothers also own and operate a family of restaurants — The Atlantic Grill in Rye; The River House, nestled into the Piscataqua waterfront in downtown Portsmouth — the now includes Jimmy’s, where their meticulous restoration effort has earned honors from Portsmouth Historical Society. 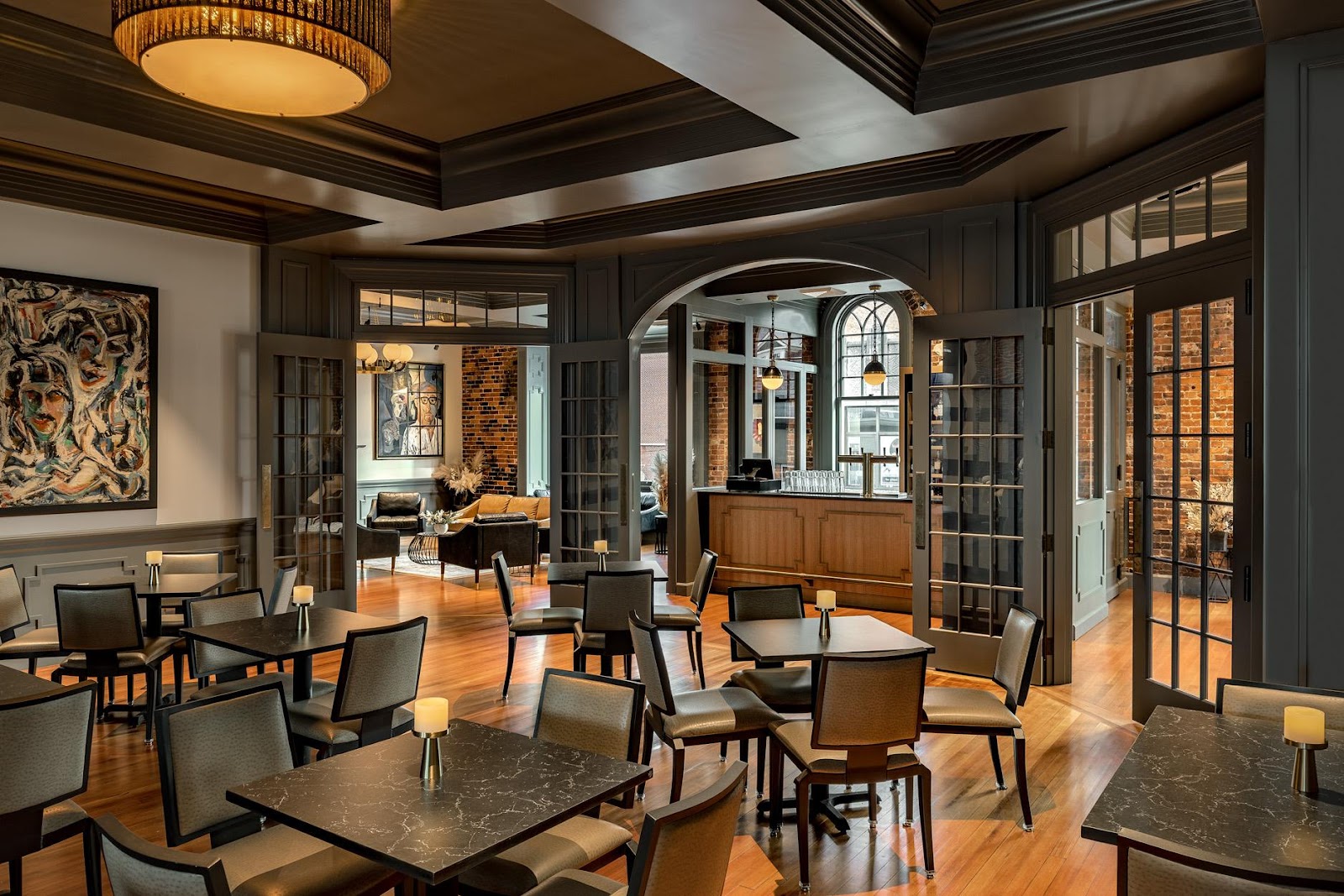