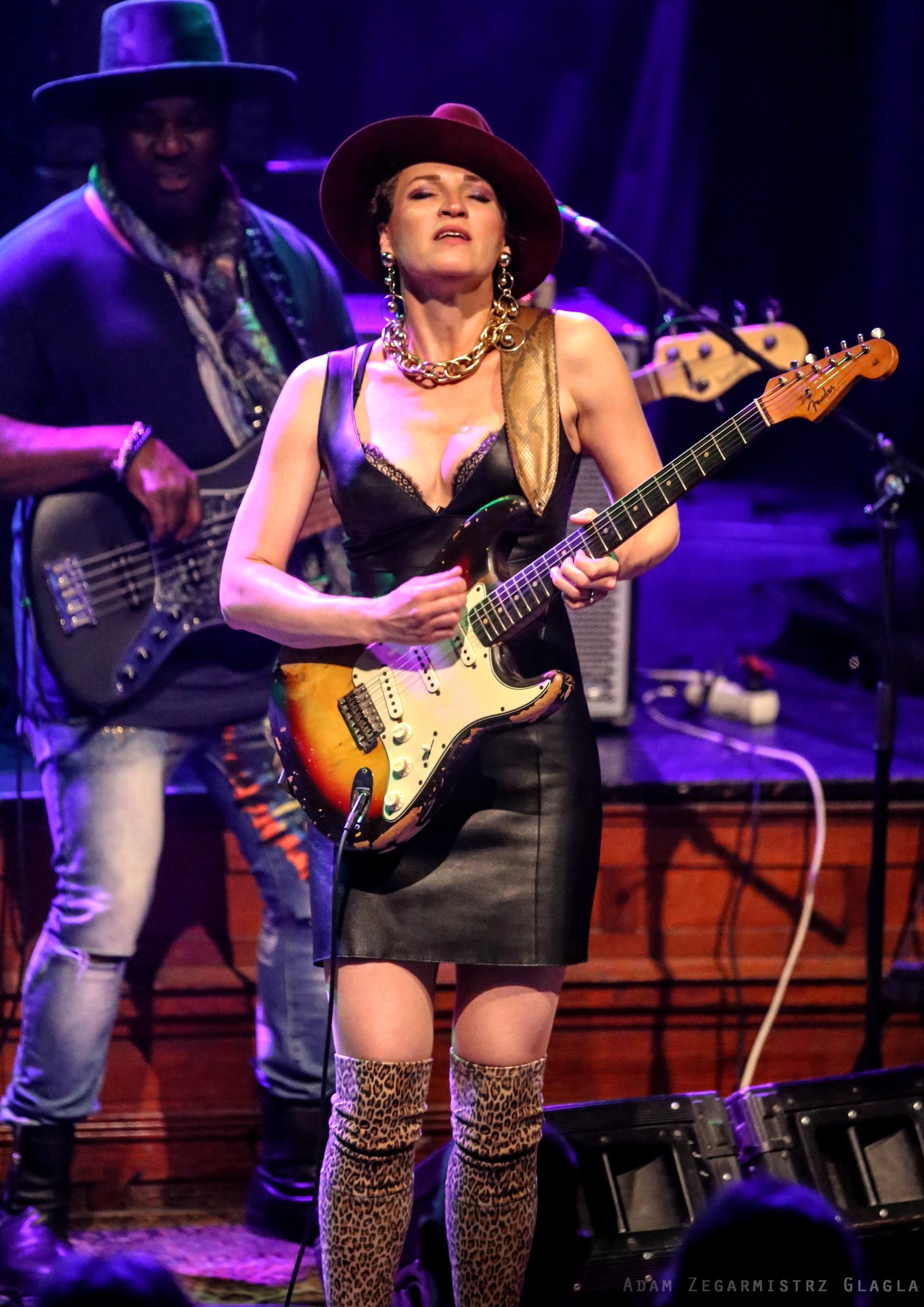 “Ana Popovic Empowers, Collaborates with Keb Mo, and Ignites Electricity on ‘Like it On Top’…Popovic tours with a powerful, horn adorned six piece band…Popovic is a powerful live act,” raves GLIDE MAGAZINE.

8x-Blues Music Award Nominated Guitarist, Singer & Songwriter ANA POPOVIC recently celebrated 22 years as a touring musician with her last album release being 'Live for LIVE' (2020) - an exciting concert video and live album that demonstrates why she's proudly looking back at a career of thousands of shows worldwide. Popovic's passion on stage is evident and the title sums it up, this IS what she lives for. Popovic has been nominated for 8 Blues Music Awards, and appeared on the covers of Vintage Guitar and Guitar Player magazine. Her Blues Music Award Nominations include 3x-"Contemporary Blues Female Artist of the Year" and most recently in 2022 "Blues Rock Artist of the Year." Nearly all of Popovic's albums reached the top of the Billboard Blues Charts. She and her phenomenal 6-piece band tour tirelessly, sharing stages with B.B. King, Buddy Guy, Jeff Beck, Joe Bonamassa and many others.