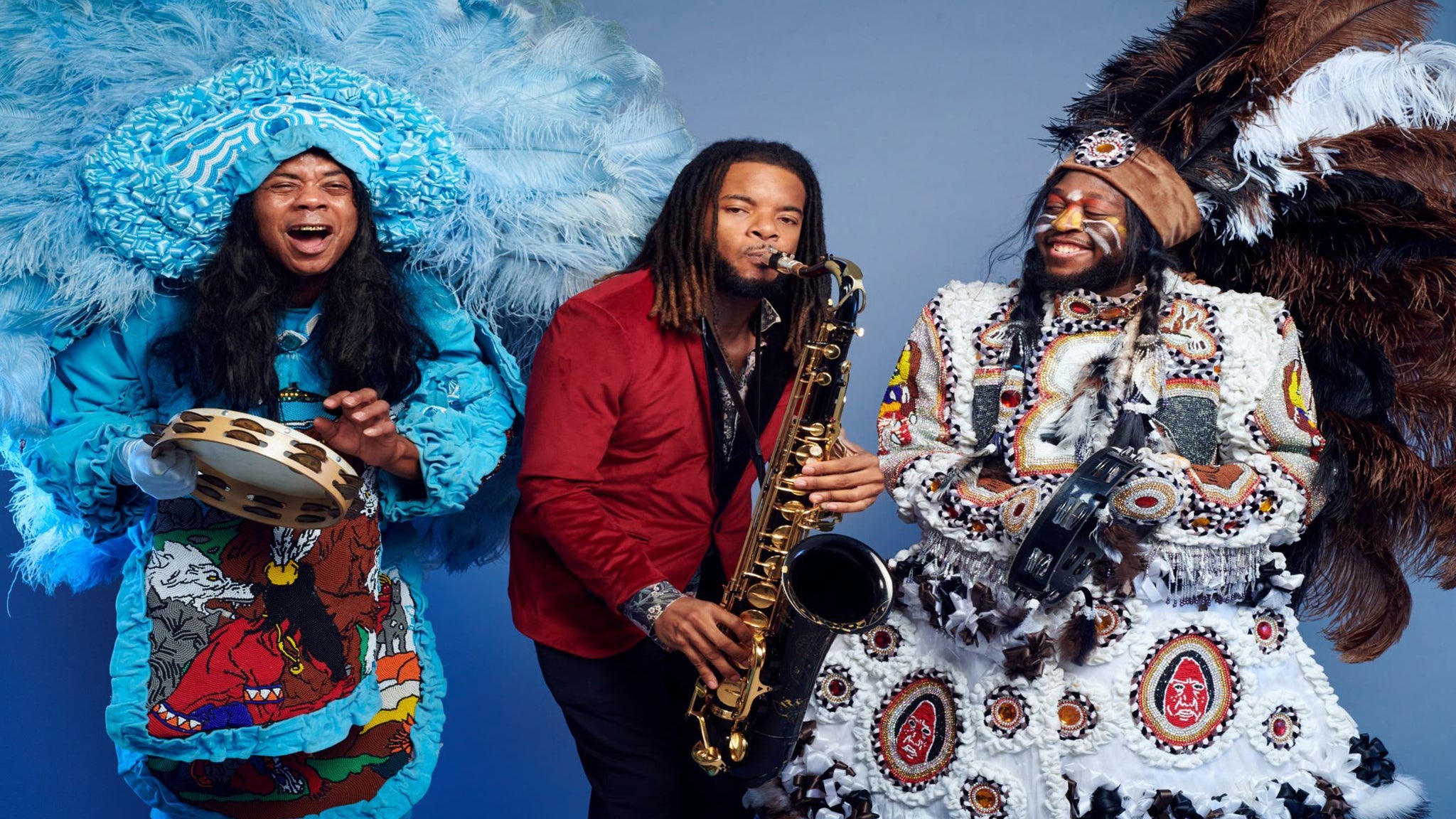 Please Note: 2x- GRAMMY® Award Nominated New Orleans Funk/Brass Band CHA WA radiates the energy of the city's street culture. POPMATTERS describes the band as "a grand gumbo of singing, intoxicating rhythms, and deep funk grooves that are impossible to resist. Cha Wa have released 3 albums, 'Funk n Feathers' (2016), 'Spyboy' (2018) which was Nominated for a GRAMMY® Award for "Best Regional Roots Music Album", and recently 'My People' (2021) which also received a GRAMMY® Award Nomination for "Best Regional Roots Music Album." Bandleader and Drummer Joe Gelini was first captured by the sound of 70's New Orleans funk, the Meters and the Neville Brothers, in high school. My mind was blown by that New Orleans style of drumming, all those incredible rhythms, he said. After graduating, Gelini moved to New Orleans and made himself a student of the sound. The band appeared for a performance and interview on Good Morning America the week of Mardi Gras 2021.