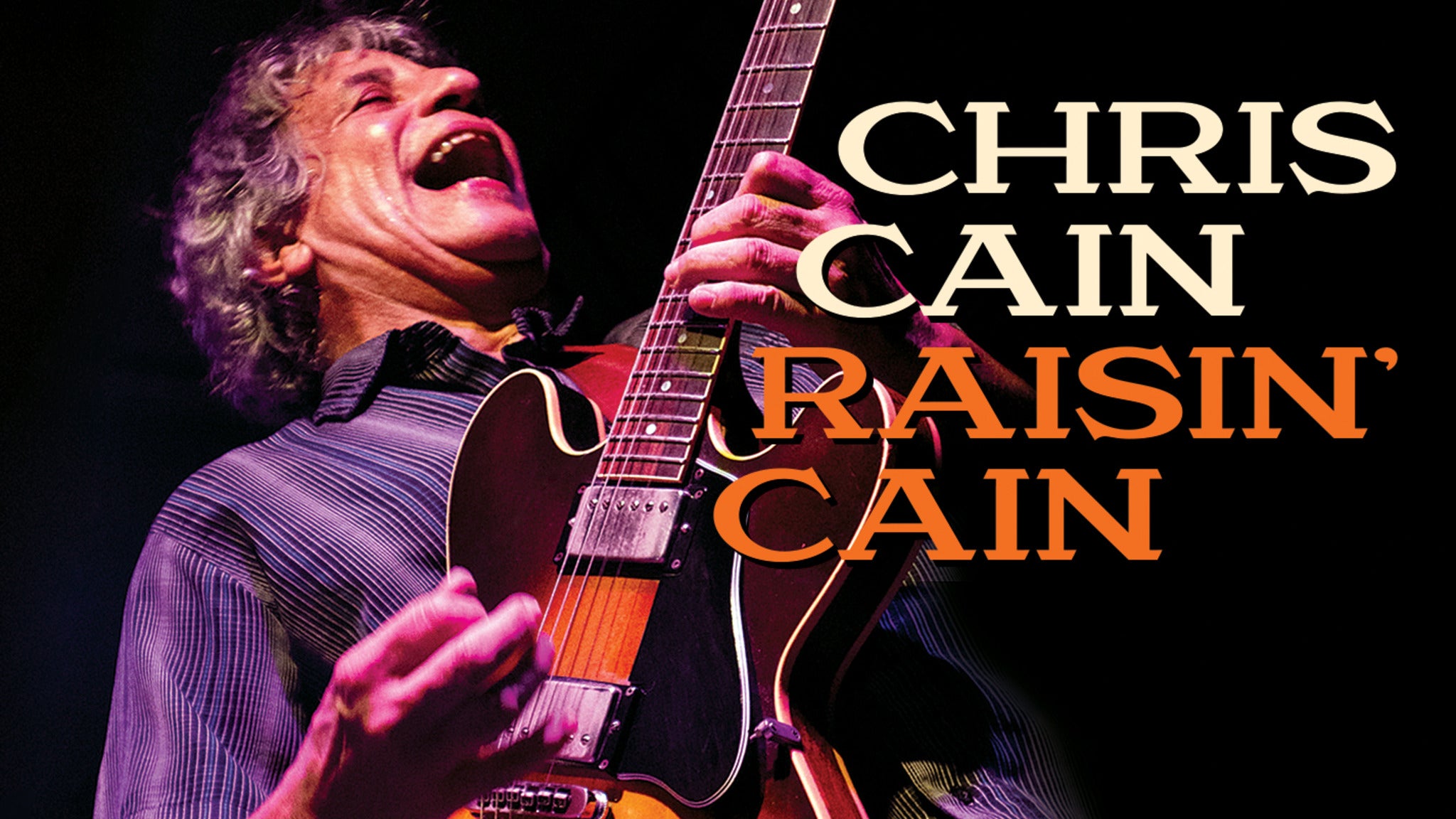 “Hands down my favorite blues player on the scene today. He is an absolute blinder of a guitarist, with the voice of B.B. King and the chops of Albert King,” raves JOE BONAMASSA. Guitar Icon ROBBEN FORD said, “Chris Cain is for real. He?s a great blues player with an intensity that keeps you on the edge of your seat, wondering what he?s going to do next.”

8x-Blues Music Award Nominated Master Blues Guitarist, Singer & Songwriter CHRIS CAIN offers up a soulful stew of Memphis style electric blues. With more than three decades of touring and 15 albums, Chris Cain?s jazz-informed blues guitar playing is fiery, emotional and always unpredictable. His vocals?gruff, lived-in and powerful?add fuel to the fire. His indelible original songs keep one foot in the blues tradition and both eyes on the future. The pure joy Cain brings to his playing and singing is palpable, and draws fans even closer in. Chris Cain received 3 Nominations for 2022 Blues Music Awards - "Guitar Player of the Year"; "Contemporary Blues Album of the Year" (Raisin? Cain); & "Contemporary Blues Male Artist of the Year." WASHINGTON POST raves, "Chris Cain is a hot-shot guitarist and a singer with the maturity of blues masters like Bobby Bland and B.B. King." B.B. KING himself said, "Chris Cain? Now that boy can PLAY the guitar!"