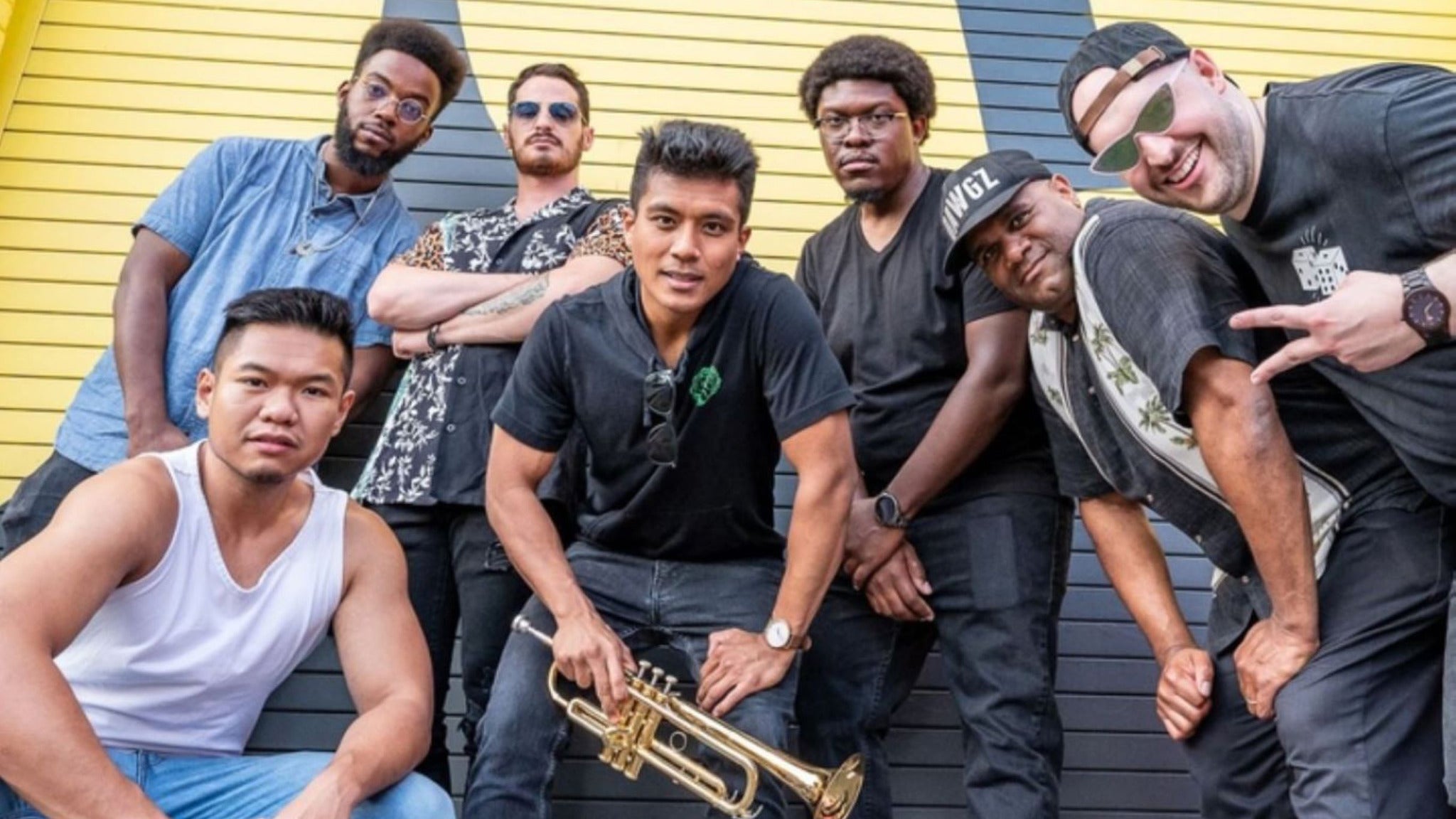 FUNKY DAWGZ BRASS BAND are one of the premier touring acts on the live music scene today. Emerging from Connecticut, these young men have engulfed the spirit and traditions of New Orleans as well as earned the respect from local musicians who grew up and reside in the city. It is impossible not to enjoy yourself during a show as they play a contagious upbeat mix of traditional New Orleans R&B, original music, hip-hop. funk, jazz fusion, and today?s top hits with a brass twist. Funky Dawg Brass Band have toured nationally from coast to coast, as well as internationally and have been featured in all corners of the live music scene. From playing sold out shows at Madison Square Garden as the horn section for Dispatch, to Camp Bisco, to closing out The Peach Music Festival, their performances flow seamlessly from EDM festivals to jam band festivals to traditional New Orleans second line parades.