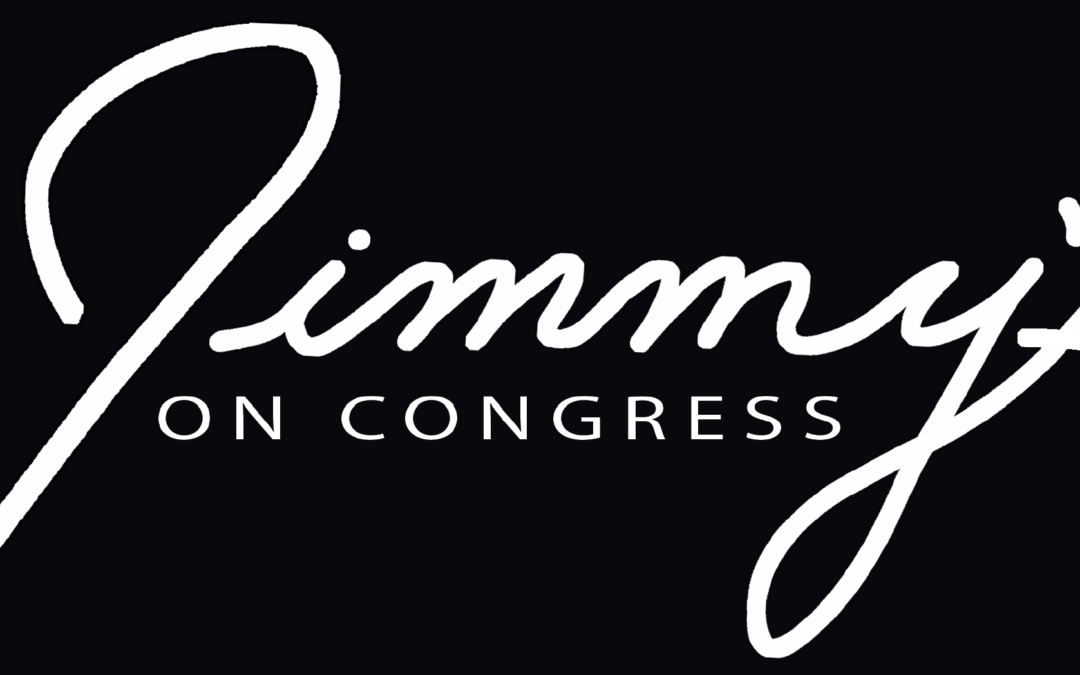 Funny story about Jimmy’s: It used to be called Elle’s.

Founders Michael and Peter Labrie had proudly named their once-in-a-lifetime, music and fine dining passion project in honor of their mother, Ellen.

However, along came unexpected legal bumps involving a certain French fashion magazine whose stylish, closely guarded name begins with the letters E-L-L-E. C’est la vie. For the brothers, the solution was simple: to rename Elle’s for their late father and brother, James and Jimmy Labrie.

Enter, Jimmy’s on Congress – 135 Congress to be exact.

You can’t miss it. It’s the spectacularly restored 1905 YMCA building at 135 Congress Street in the heart of historic downtown Portsmouth, New Hampshire.

For many months, the Labrie brothers say, people have been asking: “Hey, you guys have been working on that club for a long time now. What’s the story?” And that was before everybody’s world was turned upside-down by a global pandemic.

So, what is the story?

“It seems like we’ve been working on this forever. But miraculously, we’re still on track for a Summer 2021 opening,” says Michael. “We’re optimistic about what the entertainment and restaurant world will look like at that point, but also extremely realistic about the need to stay nimble and flexible as we adapt to changing circumstances and public health guidelines.”

The spacious, multi-story venue will host national and international touring artists, plus a range of local and regional performers. The space will have the feel of a 1930s-style music lounge and fine-dining supper club.

“We saw a gem in need of polishing and a space to be returned to its glory,” says Michael Labrie. “It’s taking time, because we’re trying to do it right,” adds Peter.

Despite the setbacks — the ongoing public health crisis affected construction at 135 Congress and forced the temporary closure of their restaurants, The River House and The Atlantic Grill — the Labries are pushing forward with an ambitious vision for their one-of-a-kind musical, culinary and cultural venue.

A Cultural Cornerstone at 135 Congress St.

Erected during the Theodore Roosevelt administration as a community and cultural connecting point for people in and around Portsmouth, the 1905 YMCA building was an architectural marvel incorporating state-of-the-art engineering elements such as massive steel trusses supporting a wide-open function hall above.

Shepherding the rebirth and transformation of such a one-of-a-kind space has required a meticulous renovation effort. The process would continually bring to light new wrinkles in the building’s anatomy that dictated on-the-fly alterations to well-spec’d plans. The structure also revealed time capsule-like discoveries behind its walls and beneath its floors.

It is almost as if the building itself has had a say in the construction timeline. Upon hearing the suggestion that the building “speaks to you,” Michael interjects with a laugh, “The building hasn’t shut up since we bought it!”

The brothers recalled that the space definitely spoke to them when they first walked into the spacious, multi-level forum/venue space on the upper floors and were awed by its potential. An important touchstone for civic life through times of war and peace, economic prosperity and decline, it was the longtime home to Sake restaurant on the ground floor. Older residents will remember it as Goodman’s clothing store. Its upper floors have been silent since the mid-1950s.

Michael, a jazz lover with a background in theatrical lighting, tech and photography, had previously entertained the idea of creating a dinner-theater experience inspired by Moulin Rouge-style cabaret. Over conversations with Peter, a huge fan of the blues, a shared vision emerged for an upscale club paired with a signature fine dining experience on the upper floors. The bright, wide-open street-level space at 135 Congress will feature a new museum dedicated to showcasing the visual arts.

Motivated by a sense of stewardship for this landmark structure and by their family’s multigenerational commitment to the city of Portsmouth, the Labries have challenged themselves to create an enterprise that brings to the stage top-tier national talent while also showcasing regional artists and opening their doors for fund-raisers, forums and other local events.

“From the beginning, we have always wanted to make our stage and our room available to the community,” says Michael. For example, they are coordinating with Portsmouth Music & Arts Center (PMAC) to showcase local, up-and-coming talent.

As restaurateurs and strong supporters of Prescott Park and The Music Hall, the Labries feel privileged to participate in the economic and cultural life of downtown Portsmouth. The family is also the driving force behind the Puddle Dock Pond seasonal outdoor ice staking rink at Strawbery Banke. The first-floor museum evokes another important Labrie family connection to the arts: “Grandma Rose” (Rose Labrie, 1916-1986) was among the founders of the Prescott Park Arts Festival as well as an author and internationally known artist.

Despite some initial disappointment around having to rename the club, the brothers and their mom are thrilled that it will instead be named after the family patriarch and their beloved brother.

The grand opening at 135 Congress Street is still many months away — but the energy behind this enterprise cannot be contained. So the Labries are also unveiling Jimmy’s on Congress online blog. This new virtual hub is the online companion to the physical club, and a place for patrons to stay up to date on all things Jimmy’s.

So stay tuned to JimmysOnCongress.com for updates on the progress toward our grand opening, and for your fun daily curated mix of music, video, arts news and surprises.