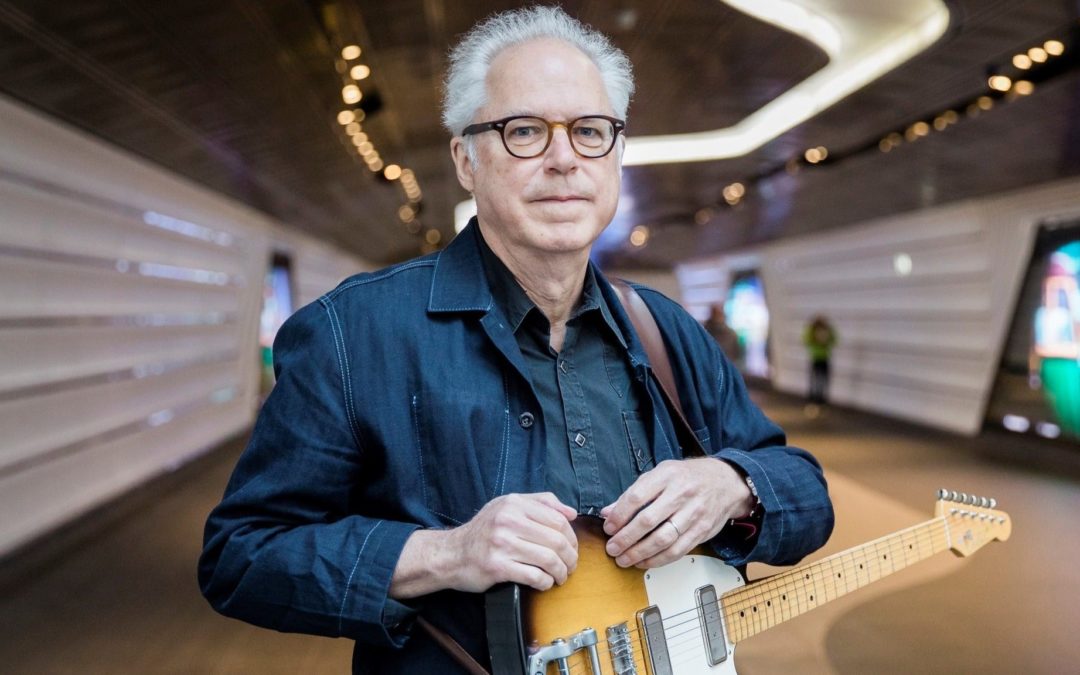 GRAMMY Award-Winning Jazz Guitarist & Composer BILL FRISELL will bring his Trio to Jimmy’s Jazz & Blues Club on Saturday February 19 for two shows. The BILL FRISELL TRIO includes Bassist THOMAS MORGAN, who the New York Times called “a jazz musician whose presence in a recording or a performance almost automatically [makes] it worth your time”; and GRAMMY® Award Nominated Drummer JOHNATHAN BLAKE. GRAMMY Award-Winner Bill Frisell joins Jimmy’s Jazz & Blues Club’s 2022 Schedule of Shows which include 5 NEA Jazz Masters, 24 GRAMMY® Award-Winning Artists, 20 Blues Music Award-Winners, and a comprehensive list of talented musicians with 300+ GRAMMY® Award Nominations amongst them. Tickets for THE BILL FRISELL TRIO are SOLD OUT for the 7 P.M. show with tickets still available for the 9:30 P.M. show. Tickets for Bill Frisell, as well as Jimmy’s Jazz & Blues Club’s current list of 2022 shows, can be found on Jimmy’s Online Event Calendar at: https://www.jimmysoncongress.com/events.

Bill Frisell’s latest recording is ‘Valentine’ (2020) on Blue Note, a trio album that has been hailed as “a masterpiece” by Downbeat Magazine. “They consistently and strikingly play as one, voices intertwined, completing phrases as if sharing a single thought… Even overdubs are so perfect that everything feels utterly organic… the performances represent jazz playing at its most sublime,” states Downbeat Magazine.

“We are honored to be welcoming one of the greatest Jazz guitarists to every play the instrument,” said Suzanne Bresette, Managing Director of Programming at Jimmy’s Jazz & Blues Club. “Bill Frisell represents the highest standard of excellence in jazz guitar – a true master. We know the audience at Jimmy’s will experience a remarkable evening of jazz music with Bill and his trio. We look forward to Bill gracing the stage at Jimmy’s Jazz & Blues Club for the first time!”

Tickets for GRAMMY Award-Winning Guitarist & Composer BILL FRISELL on Saturday February 19 at 7 P.M. are SOLD OUT. Tickets for the 9:30 P.M. show can be purchased on Ticketmaster or the Jimmy’s Jazz & Blues Club website.