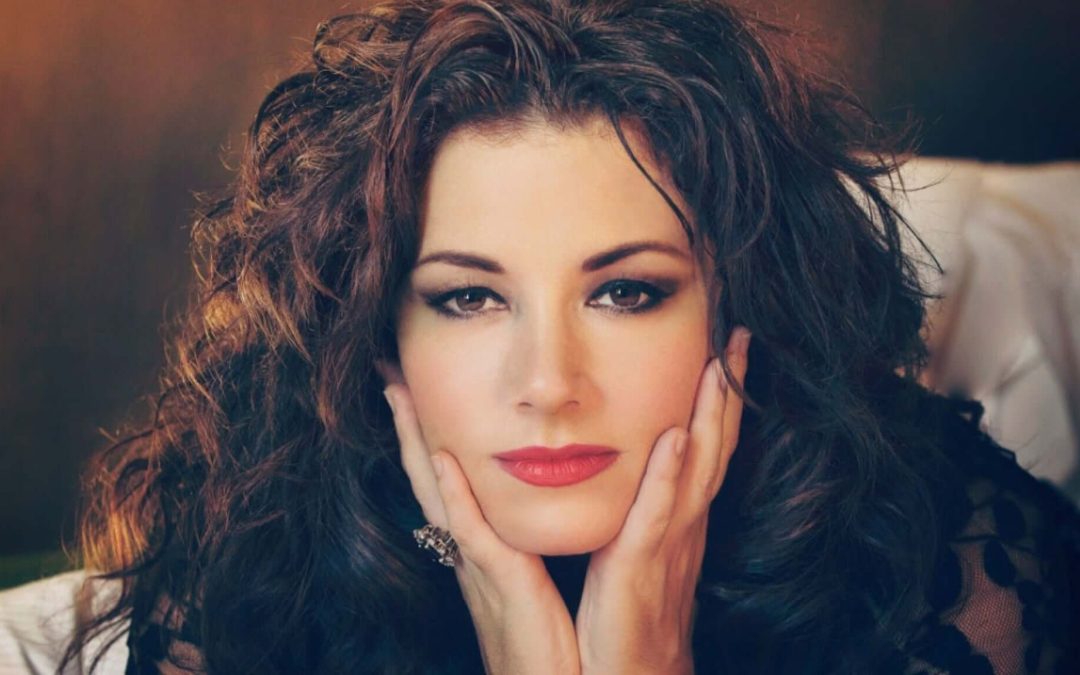 MANDY BARNETT’s performance at Jimmy’s Jazz & Blues Club includes selections from the Great American Songbook as well as her 2021 critically acclaimed album, ‘Every Star Above’, where she reworks Billie Holiday’s legendary album ‘Lady In Satin’. Variety Magazine named ‘Every Star Above’ one of the “Best Albums of 2021” and the album reached #1 on the iTunes Jazz Charts. Tickets for MANDY BARNETT at Jimmy’s Jazz & Blues Club on Saturday February 18 at 7 & 9:30 P.M., as well as the current list of 2023 shows, can be found on Ticketmaster.com and Jimmy’s Online Event Calendar at: https://www.jimmysoncongress.com/events.

“Taking on one of the greatest records ever made ─ Billie Holiday‘s penultimate 1958 album ‘Lady in Satin‘ ─ might be a fool‘s errand. But not in the very capable hands of Mandy Barnett…Mandy Barnett’s ‘Every Star Above’ arrives as much more than a covers album…It’s irrefutable evidence there are no genres or styles Barnett cannot conquer.”— AMERICAN SONGWRITER (2021 Album Review ‘Every Star Above’)

“Mandy Barnett was born to make this album. ‘Every Star Above’s songs from the Great American Songbook — the same songs Billie Holiday performed for her ‘Lady in Satin’ — are perfect matches for Barnett’s lush and sultry vocals, and she captures perfectly every note and phrase.”— NO DEPRESSION (2021 Album Review ‘Every Star Above’)

Mandy Barnett’s most recent critically acclaimed album, Every Star Above, celebrates and reworks selections from one of Billie Holiday‘s greatest albums Lady In Satin, with original arrangements by the late legend Sammy Nestico. Variety Magazine named Every Star Above one of the “Best Albums of 2021” and it reached #1 on the iTunes Jazz Chart.

Barnett first gained national prominence as the original star of one of the first “jukebox” musicals, “Always…Patsy Cline” at Nashville’s famed Ryman Auditorium. Barnett, as Patsy Cline, performs on the original cast soundtrack album and is the only actress to have played the role on the historic Ryman stage where Cline’s legend began. The Ryman shows sold out nightly and received rave reviews, and Barnett has wowed critics and audiences ever since with her concerts and recordings.

Barnett’s critically lauded albums include I’ve Got a Right to Cry, named the “Top Country Album” by Rolling Stone in the year of its release and produced by renowned Nashville Sound pioneer Owen Bradley, who also produced Cline’s most loved chart-toppers (as well as producing Loretta Lynn, Brenda Lee, and k.d. lang). And ROLLING STONE continued to honor this landmark album, placing it in 2019 on two of its “best of” lists of seminal classic country works.

But Barnett is not one to be musically boxed in. Barnett’s acclaimed 2018 album Strange Conversation, an Americana blend of Roots, Pop, and R&B tunes, includes a duet with John Hiatt and a soulful rendition of Neil Sedaka’s “My World Keeps Slipping Away”, which Sedaka himself sent to Barnett to record. AllMusic hails Strange Conversation as the “richest record of her career: surprising, lively, and deeply felt,” and The Philadelphia Inquirer, which listed Strange Conversation among the best roots albums of 2018, notes that Barnett “takes a disparate collection of pop, soul, and rock numbers and makes a riveting personal statement.”

As further testament to her diversity, when asked about her favorite composer, Barnett’s as likely to cite Cole Porter or George Gershwin as she is Willie Nelson or Dolly Parton. In fact, along the lines of highlighting Barnett’s range, her 2020 A Nashville Songbook, a highly praised album of reimagined, multi-generational pop and country gems produced by Fred Mollin (producer of Johnny Mathis, Kris Kristofferson, Jimmy Webb, etc.), was inspired by Barnett’s popular “Nashville Songbook” concert.