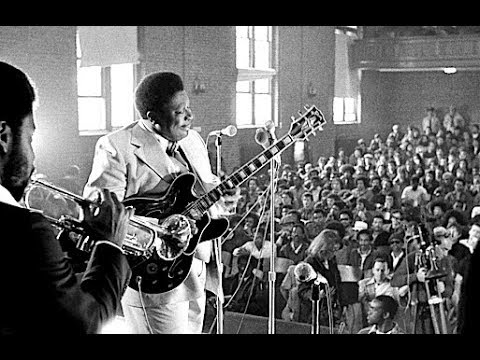 Happy birthday to the Beale Street Blues Boy. Born Riley B. King on a Mississippi cotton plantation on this day in 1925, the legendary guitarist picked up the nickname Beale Street Blues Boy, later shortened to Blues Boy, and finally to B.B., when he moved to Memphis in his early 20s to join the thriving music scene. Winning a Grammy in 1970 for “The Thrill Is Gone” and crushing “When Love Comes to Town” with U2 in 1988 were just part of the job for one of history’s most influential blues musicians, who died at age 89 in 2005. Here he is playing his famous Sing Sing Prison show in New York on Thanksgiving Day in 1972.